The landing page for hyperkitty is the list of lists page. As the name implies, this page shows a list of all the available mailman lists. Here’s the current front-end for the page: 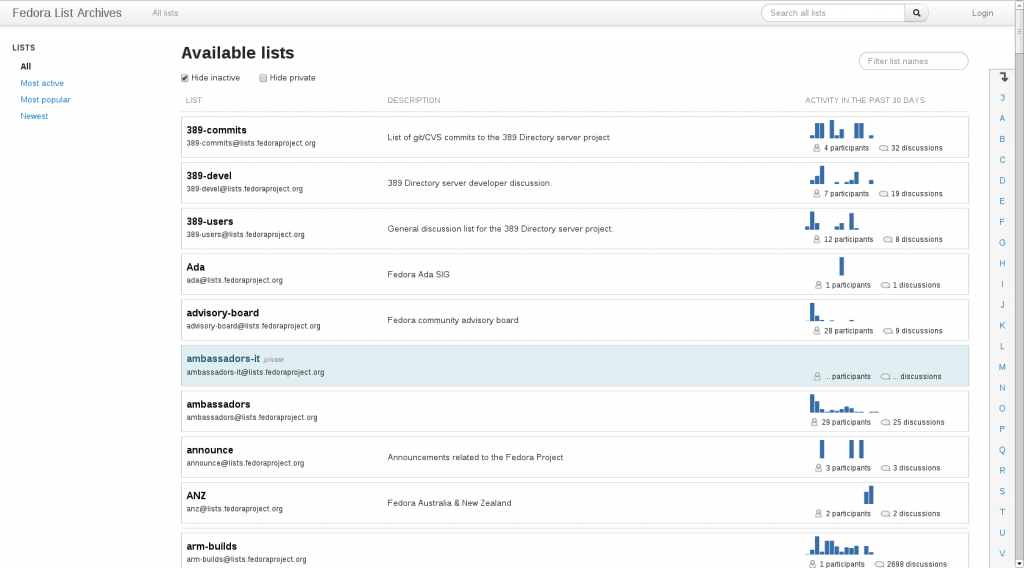 In creating a responsive design for this page, I considered what kind of layout the page should have for smaller screens and decided that there were a few design changes I wanted to make:

Pulling everything together, here are screenshots of the page for the list of lists page 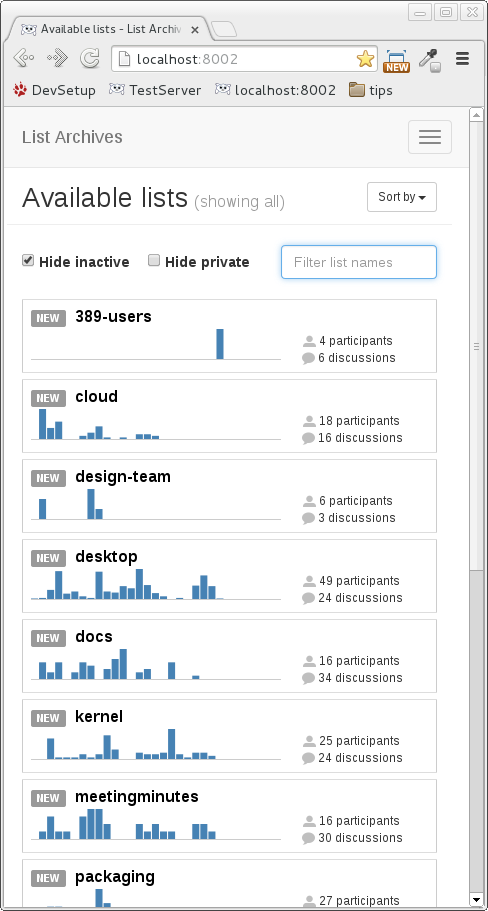 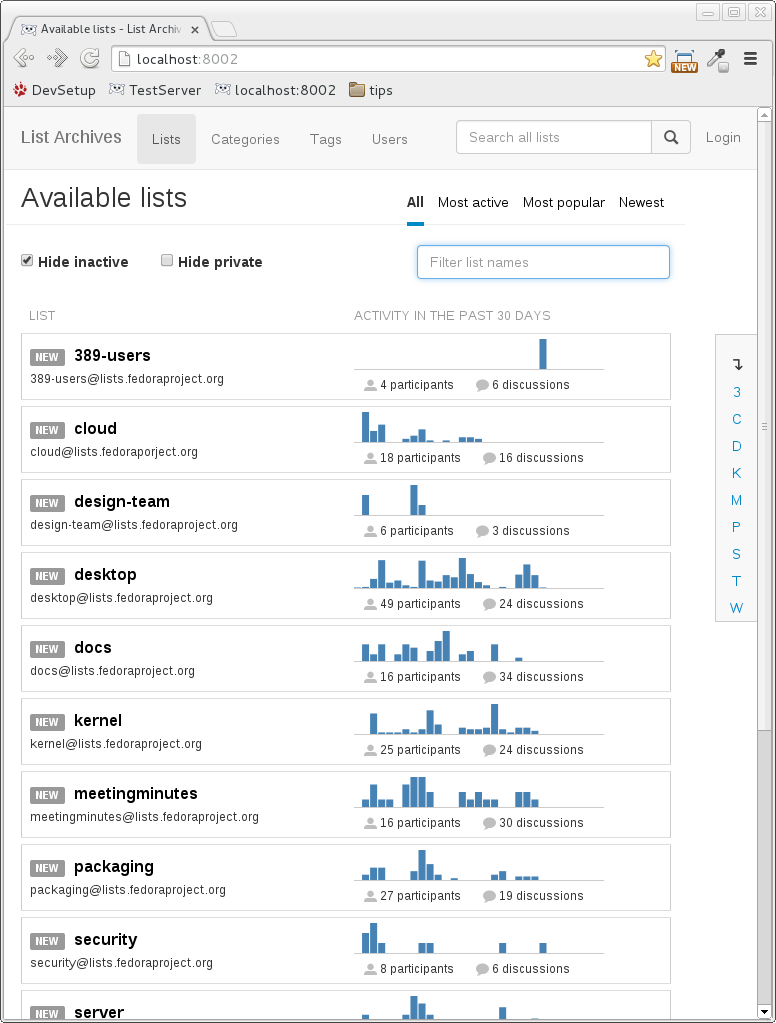